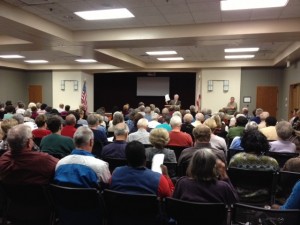 Jefferson County, being the largest county in Alabama, has the most complex elections in the state.  We have 172 precincts throughout Jefferson County.

Over thirty years ago when all candidates ran county-wide, there was one ballot style.  During the 2018 election cycle, with many candidates being elected by District, we will have approximately 175 different ballot styles.

We owe a tremendous amount of gratitude to our poll workers!  The United States of America is a democratic nation, and free and fair elections are the foundation of our society.  Our system of electing our leaders at every level of government–national, state, county and municipal–only works because of citizens who are willing to give of their time and talents as poll workers.

A poll worker must be a registered voter of Jefferson County.

Please contact the Democratic or Republican Party chairs, or Vickie Townes at townesv@jccal.org.